Photo Essay: A Literary Alliance of the Asia and the Pacific 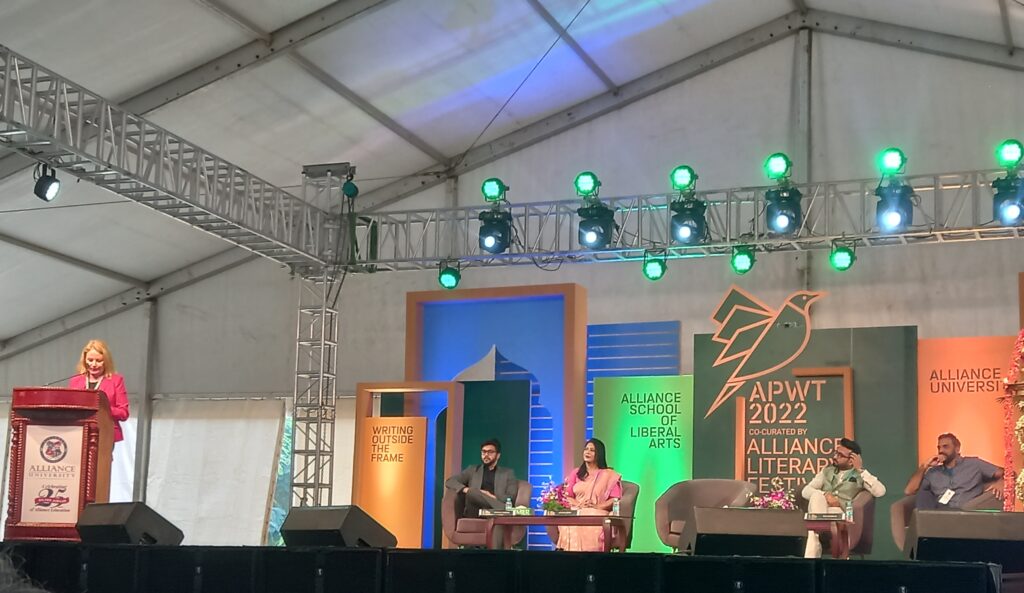 The Venue: APWT 2022 host was the School of Liberal Arts at Alliance University in Chandapura, Bangalore. It is a residential campus with lush green surroundings, excellent amenities for the staff and students and does not take a step back in promoting the liberal arts. The various parallel sessions of this grand literary festival were held at The Grove, The Pulpit, The Room, The Cube and The Workshop.

Pop-up Bookstore: Atta Galata, the famous book store of Bangalore, had their stall at the venue. It was heartening to see the young generation being attracted to books, which sold very well during the three days of the festival. 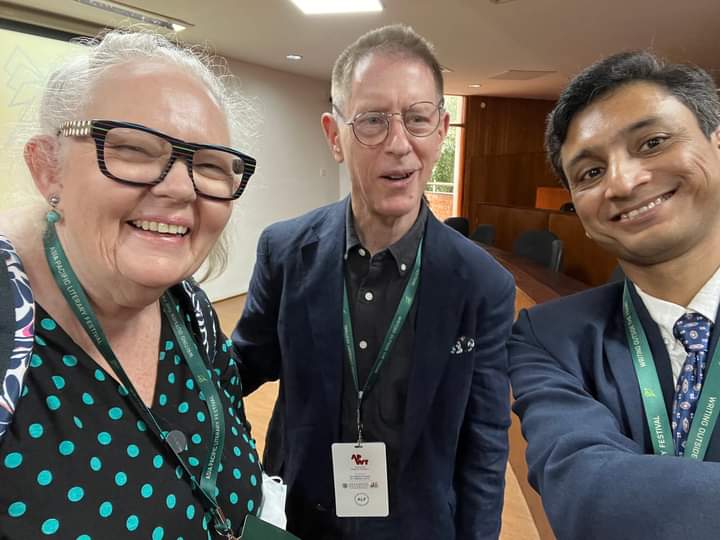 The apparition of happy faces: The smiles say it all. Friends and fellow writers who had connected over social networking finally meet physically and the joy is evident in their faces. 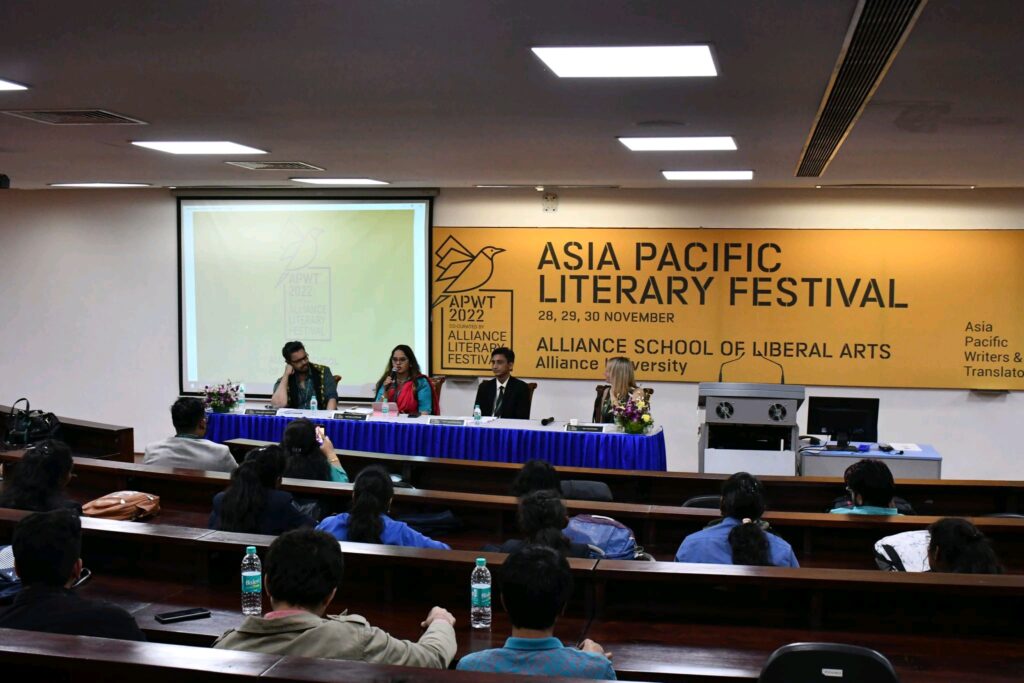 The waves of rows lead to the paneled shore: The rows of spell-bound audience, mostly youngsters, listen to the deliberations of the panelists to take home a mind full of thoughts. 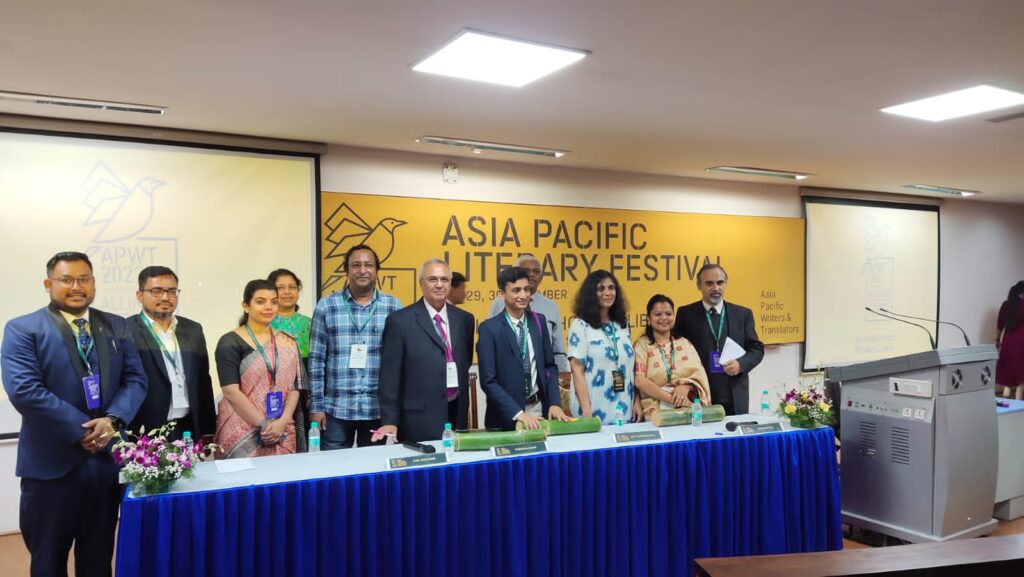 Post session group photo: At the end of the panel discussion the writers, the moderator, the anchor and the faculty hosts all come together for a photo to sketch a memory for remembrance. 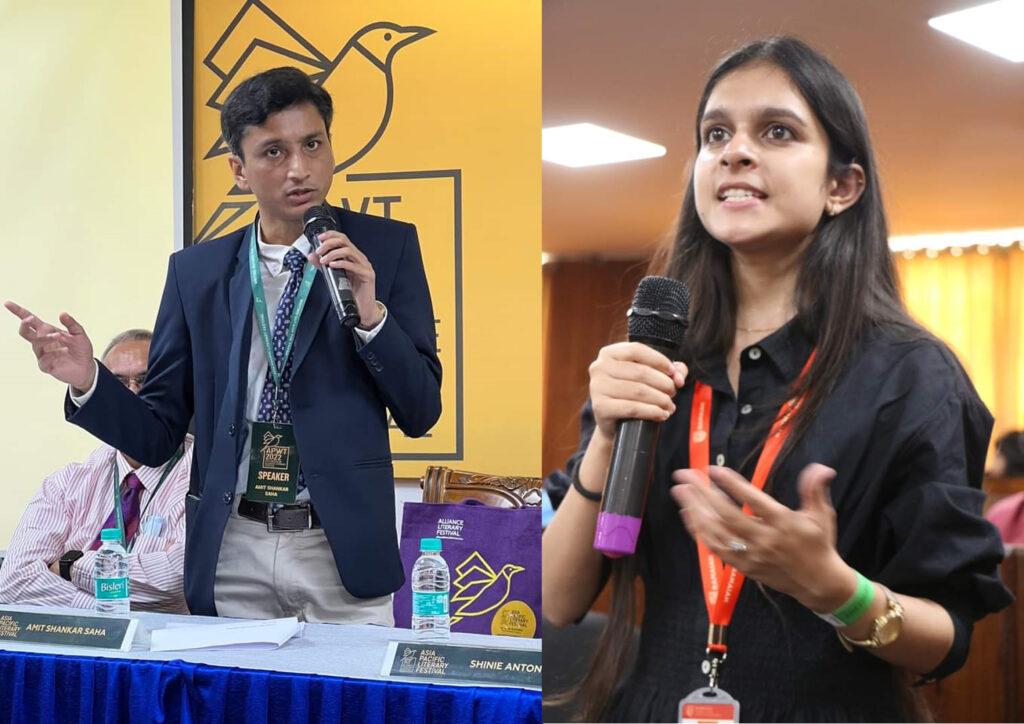 Answering a young poet’s question: A young poet Ermina Afroz asks a question enthusiastically, to which I reply animatedly. 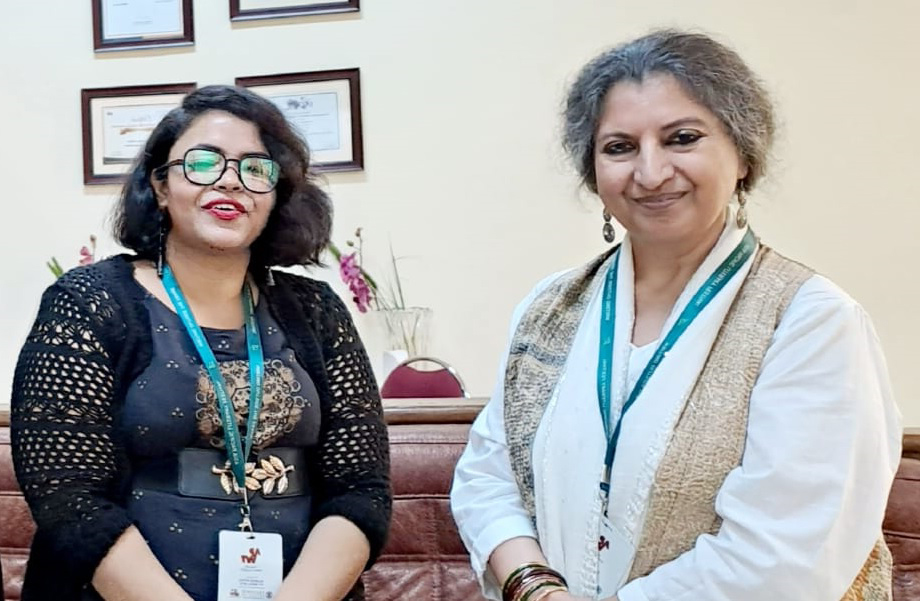 The translator and the translated: Somrita Urni Ganguly, who is noted for her works of translation, with Geetanjali Shree, whose translated novel Tomb of Sand won her the International Booker Prize. 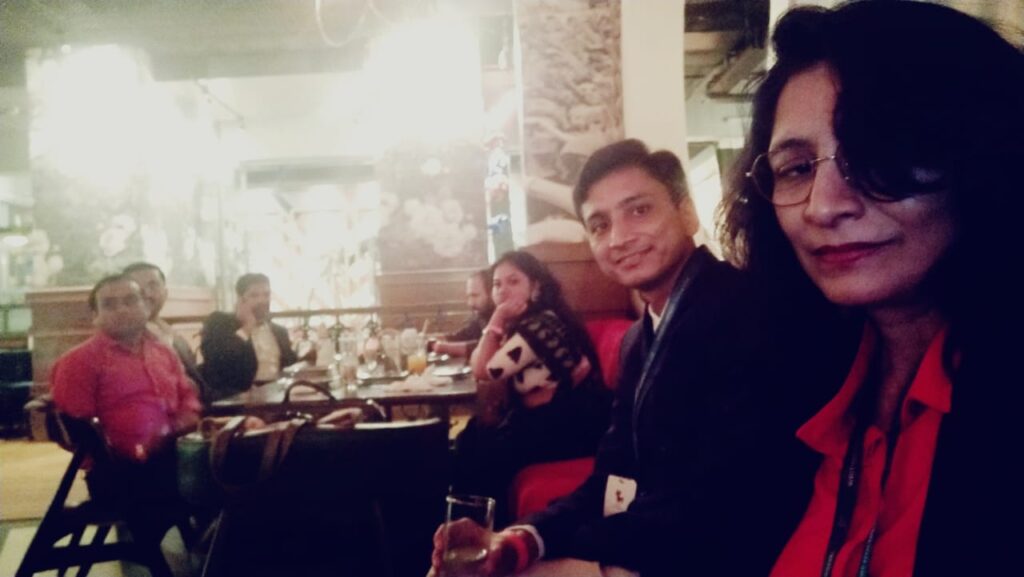 An evening of classical note: The modern and the classical mixed when Somali Panda and Anand Thakore privately sang some Indian classical notes amidst the sound of Daddy’s Bar. 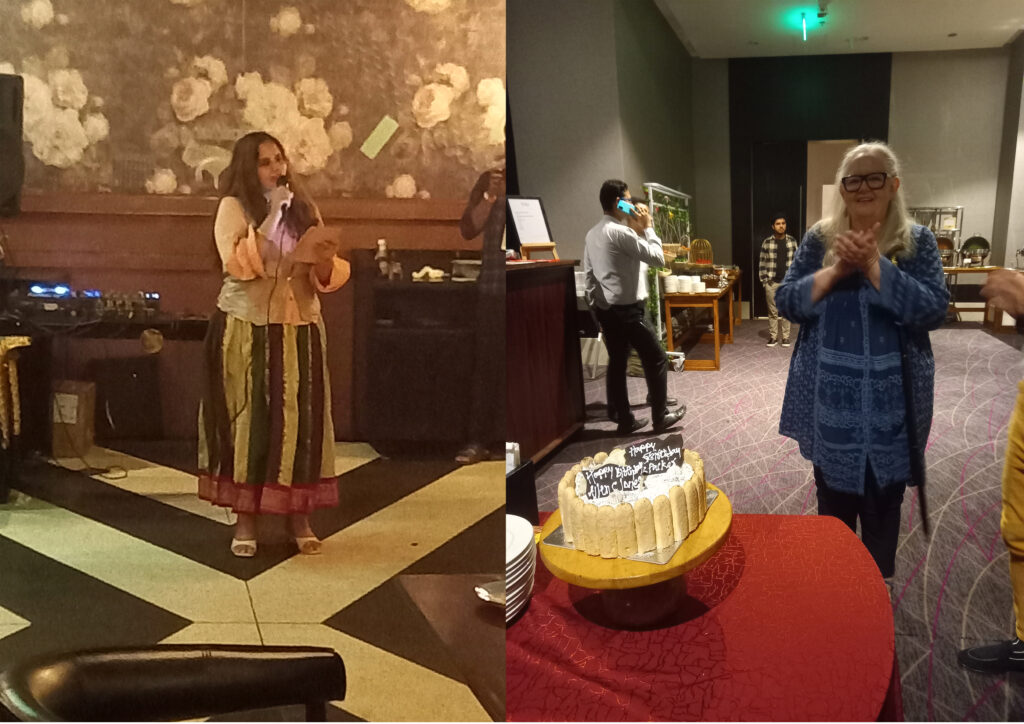 Afterhours of poetry reading and birthday celebration: The dinners had the flavor of Biscotti Love of Rochelle Potkar and the Birthday Cake of Liz Packer. 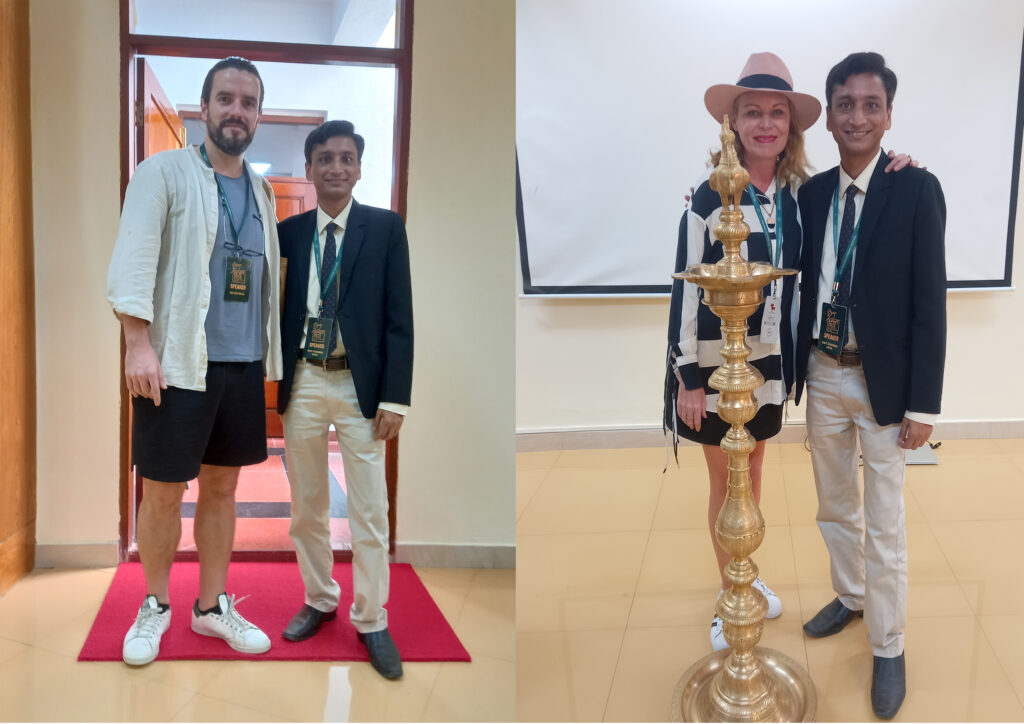 With the organizers: Helder Beja and Sally Breen, the two writers who steered the APWT festival, were not only cool and hard-working but also warm and welcoming. 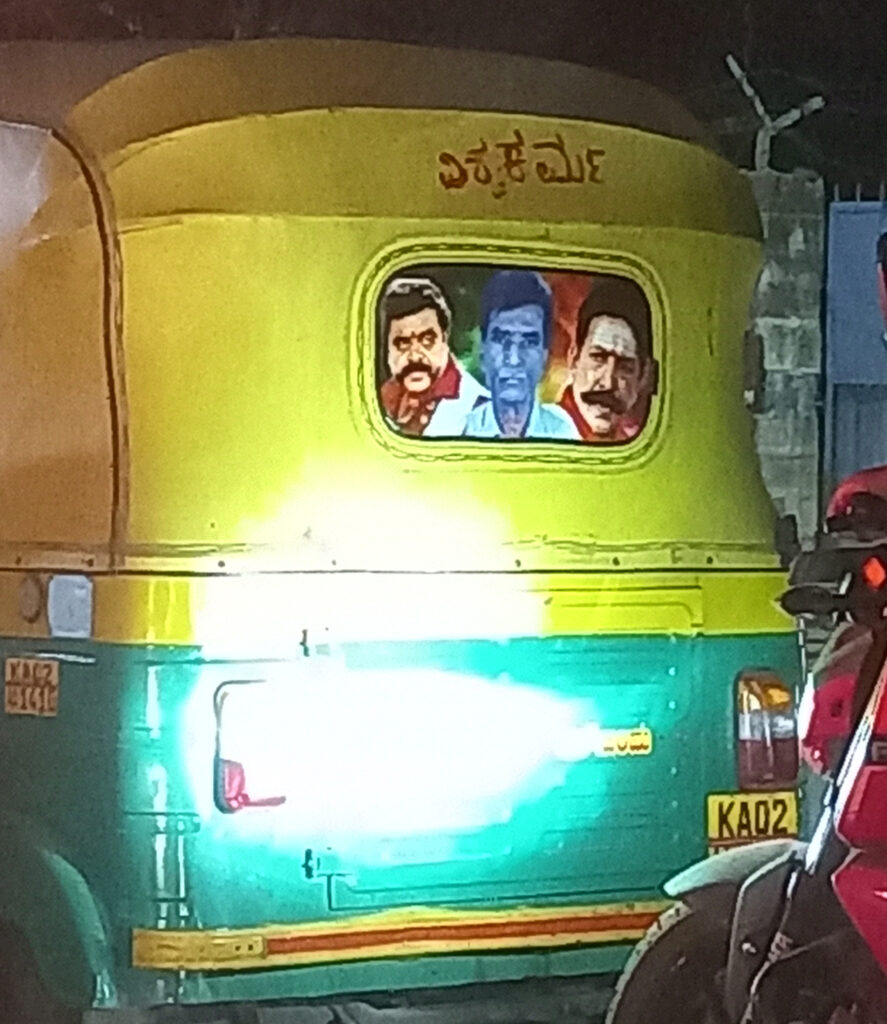