An Excerpt from Yogis of the Himalaya

Extracted from Yogis of the Himalaya by Guru Prasad Chattopadhyay (Translated from the Bengali version of the book Tapabhumi Himalayer Tapaswira by Anwesa Chattopadhyay. Birutjatio Sahitya Sammiloni, 2021) 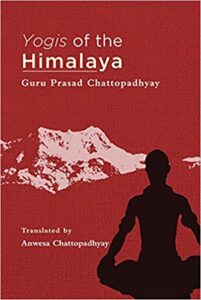 IN THE ‘LAND OF SNOWY HILLS’: YOGIS OF THE HIMACHAL HIMALAYA

The state of Himachal Pradesh in the northern frontier of the Indian continent is hailed as a place of scenic splendour in the Western Himalaya. Borrowing its name from the Himalaya, the word ‘Himachal’ literally refers to the ‘Land of snowy hills,’ while ‘Pradesh’ means ‘state’. The diverse nature of its scenic beauty, the lofty mountains clad in snow, deep gorges, wide green valleys, and cascading streams have attracted visitors from all over the globe. Though the state bestowed lesser esteem as an abode of spirituality than that of Uttarakhand, visitors might often encounter some wandering monks on the banks of River Parvati and her twin sister, Iravati.

Throughout the 1970s decade, I wandered through the various regions of the Himalayas and explored a number of terrains. In the autumn of 1973, during the Puja holidays, I planned a trip to Kashmir with some of my friends. We were mesmerised by the divine splendour of the valley and spent a week visiting the local sites of some repute. I left the group one morning and took a lonesome trip to Himachal Pradesh. I intended to visit Kullu and Manali, in particular. It was not my first visit to Himachal, however. I had prior experience of visiting some areas during my University years, as our Professors organised a field trip to Himachal Pradesh. Even after two years, the scenic beauty of the state didn’t appear monotonous to my wandering eyes. On my second visit, I intended to pay a visit to the famous hot water spring at Manikaran, which was then the largest hot water reservoir within the nation.

However, I must clarify some historical facts before proceeding further. Before the Partition of India, Hinglaj – a small desert township in the Western part of Rajasthan – housed the largest source of hot water in the country. The temperature of water remained consistently around 100° Celsius. One might find its reference in the silver screen in the Bengali movie Marutirtha Hinglaj (1959), directed by Bikash Roy, which cast Uttam Kumar, Savitri Chatterjee, and Pahari Sanyal in pivotal roles. As our country gained independence from the oppressive British regime in the account of a territorial exchange, Hinglaj fell under the jurisdiction of Baluchistan, in the province of Pakistan. Thereafter, the hot water spring at Manikaran in Himachal Pradesh became the largest reservoir of hot water in the country, as the temperature of the water often is 98°celcius.

When I visited Manikaran for the first time in 1973, it was nothing more than a small rural town that remained largely hidden from the common knowledge, and hence, geographically unexplored. Moreover, there was no easy route to reach Manikaran in those days. In order to visit the pilgrimage, one had to travel 8 kilometres southward from Kullu to reach a small town called Bhuntar. From Bhuntar, one had to cross a small hanging bridge over River Beas to arrive at the local vehicle stand to travel to Manikaran at a distance of thirty-five kilometres on the bank of River Parvati, a tributary to Beas. In those days, a single minibus used to ply daily with passengers or tourists to the site of pilgrimage. The bus halted there for a couple of hours and returned in the evening with the passengers.

Manikaran is a famous Hindu pilgrimage and a place of mythological significance. According to the legend, once Lord Shiva and his wife Parvati were taking a stroll in the valley when Parvati accidentally dropped one of her earrings. The jewel was immediately seized by Shesha, the serpent deity, who then disappeared inside the ground with it. In an attempt to recover the lost jewel, Shiva cast the ray of his third eye into the earth. Shesha finally surrendered the jewel when Shiva started performing his Tandava and shot it up through the running stream. The belief persisted among the local people that the water of the stream still contained traces of jewels, until 1905, when the entire region was devastated by a terrible earthquake. The waters of the hot spring do not contain sulphur, but radium which provides immense relief from arthritic pain.

I halted at a hotel in Kullu for a night and started towards Bhuntar quite early. From the local bus stand, I rode a bus towards Manikaran which started at around 7.30 in the morning. Though the distance was not more than 35 kilometres, it took us three long hours to reach our destination, as the path was dangerously narrow and any disbalance might have ended our lives in the deep gorges. The bus reached the small hilly town of Manikaran at around 10.30 a.m. The fatigue of a long strenuous journey disappeared by the mesmerising beauty of the place. I had planned my course of events there and calculated that I would be able to return to Bhuntar by the afternoon for lunch. However, I got to know from the bus driver that we would have our lunch in the ashram of a pious saint named Sant Narain Hari, who had devoted his entire life to the service of humanity.

A brief walk by the narrow path took me to the village, where I observed the running flow of hot water gushing out of the earthen holes in somewhat moderate force. A giant fume of mist stagnated the air at the point of convergence of the hot water stream with the chilly water of River Parvati. The early decades of the twentieth century popularised Manikaran as a tourist destination and attracted visitors from different parts of the globe. In the late1930s, a young Sikh man named Narain Hari left his ancestral house at Attock (formerly known as Campbellpur) in northern Pakistan in the pursuit of spirituality. Accompanied by his wife, Basant Kaur, Narain started a journey on foot through the ales and valleys of the Himalayas and ended up in Manikaran. They were enchanted by the serene beauty of the place and built a small cottage near the banks of Parvati. Narayan Hari believed that human life was meant to be dedicated to the service of mankind which, in turn, would bring him the mercy of God. Though Narainji was Sikh by religion, he worshipped Hindu Gods and Goddesses. With the assistance of the local people and visitors, he turned the cottage into an Ashram and fed hundreds of people in his own langar. From then onwards, he was favourably acclaimed as “Sant Babaji”.

I observed a small building at the entrance of the village. A sannyasi, in a long saffron cloak and a turban on his head, was standing at the gate. He welcomed all the visitors with a smile of affection on his face. I guessed that the person might be Sant Babaji. He humbly informed us that the food is ready to be served. But before that, we must clean ourselves up in the hot water of the stream. The Ladies and gentlemen got divided into two groups and bathed in the warm water. On our return, we found that the arrangements for lunch were made on the terrace. We took our seats on the floor mat and satisfied our hunger with rice, roti, and daal, all were served fresh and hot. I got to know from one of my co-passengers that delicious culinary items were prepared by Babaji himself with the assistance of a local village boy. Babaji served the food to each of us with his own hands and took gentle care of our needs. His benign appearance and affectionate smile filled my heart with contentment and gratitude. I was surprised even more when I found him to wash the used utensils with his own hands without a pang of dismay.

On my subsequent visits to Manikaran, I never missed the chance to meet Sant Babaji. Owing to my occasional visits to the place, I developed an association with the pious saint. Sometime in the year 1980, I planned a trek with some of my mates from Manikaran through Pin Parvati Pass to discover the source of the Parvati river. When I approached Babaji for guidance, he made adequate arrangements and sent a local boy to our assistance. He had grown quite old at that time and didn’t survive much longer. After his demise, the Ashram proceedings were observed under the supervision of the local Sikh residents. With the passage of time, the building extended its periphery and was turned into a big Gurudwara.