Born in 2079 in Nephelokokkygia, Vandaloopers finding shapes in clouds, be they monomythers in a future of Cosmos; creating Chaosmous around the orbit, oases blurring boundaries, exploring art at the outermost limits of location specificity and defining geophilosophy at its extreme chaosmic realm.

As a collective hyperreality Chaosmos is a limitless unfinished project founded in the sky above the Earth. Now infinitely and vertically expanding. Chaosmos –– a warped Universe – Pluriverse – Multiverse –– a spaceship-like ‘Temple’.

M E G A S T R U C T U R E S –– the tastiest. the deepest. the loudest. the strangest. the biggest. the happiest. the muchest. the most … or whatever else you can imagine! Created by the Vandaloopers deep inside the catacombs to amplify your human vibrationz.

For peace of mind you need not much, just listen to the crickets chirping, to the bees buzzing, the earth sizzling and fizzling and you will meet the contemporary oracle. Re-enchant your life!

Being creative is such a vulnerable space! Yet overpowerful …

Serendipity, chaos, hazard and indeterminacy are their instruments. Creating worlds from a scratch! Celebrating the messiness, symptoms and diversity, they speak and sing to boundaries, borders, gaps, unexpected ruptures on the surfaces, to interfaces and divisions, to violent chasms in time and space, always traveling to the source. To the no-where, to chora, each being a nomadic company themselves. Displace geography through radically transforming the space with meta-artefacts and star constellations. Architectural structures, buildings and landscapes as artworks – as lively autopoietic self-contained forms, off-balancing themselves, creating the feel of disorientation and vertigo of an ‘Arte desSertio’, and out of a sudden – a silent reparation and reconciliation appears out of the noise, out of the chaos and „everything makes sense again‟, as ventriloquists would say.

Meta-gastromancers: searching the uni-versal sound, Vandaloopers imagine an understanding that exceeds the flat plane of language. As language overflows its failures and floats around as indistinguishable bubbles of sound: thrown out noises – voices of the unliving – noisy artefacts resurrecting from the deep inside in, from the underworld, foretelling the futures.

1st  Scene: Vandaloopers are dreaming in the daytime and look inside a cup. They see the futures, the tendencies and the blue octopus.  A table full of cups, full of potential futures, measuring untimely ages in possibilities.

-No sound: camera looking down to the table full of cups, 3 heads with lemon chaplets on the head appear next, looking at the cups, Chasma picks one with the rhizome inside the cup.

Hybrid is the gate between the first and the second scene

2nd  Scene:  Ev had a daydream today. In her dream, Hybrid was a space.

Ev finds herself inside a Vertical Gallery-Museum, Chaosmos Vertical Art Space it is named and Chaosmos apeiron ∞ the logotype. Suddenly she stands inside a glassy elevator and gazes with her feet the boundless height, prolonged to the horizon and beyond to noosphere. In the meanwhile she is looking through the glass: artworks are circulating around the space orbit, reaching out for appropriate spectators, from one side.

From the other side a vertical painting & art projections Aquarium, seen from inside the glassy elevator. Water capsules filled with fish-mindfulness.

–Ev: ‘What all these juicy people drink at the opening! Climbing plants their vertical breakfast. The future of food a daily ritual’, she wonders. ‘Let’s take this opportunity, as viewers and listeners of the arts, to DETOXIFY. Human autotrophy. Hooray!’

Pausing she blinks; sounds from beneath directly to the beyond, shared universal healing sound filtered through the vertical tunnel, spreading in all directions.

‘A vertical museum is like a hybrid of a live multifaceted screen and radio. Like being on a virtual carpet, visual works and sounds emerge in a digital hopping, voyeured and eavesdropped through the moving sound-amplified glass (in vitro)’ – she comments on her dream. ‘A violent, unexpected soundwave is absorbed continuously through the synchronized bodies and vice versa’ – she continues while listening to the voices of Chasma and K. in her mind – actually is just a memory:

-Chasma: ‘Is there water? What is the one side, where the other? “As above, so below”. The skies kiss the waters! (The undergroundwater can be up and the outer space down.)’

–K.: ‘You cannot tell what is up or down, right or left.  There are paintings inside the aquarium together with an incredible amount of sea life, all seen from the vertical tunnel. There is water. Look. Paintings inside the water, floating around.’

Verticality is the gate between the second and the third scene

3rd  Scene: Inside the vertical tunnel – on the virtual carpet moving upwards and downwards

-K.: ‘She was small and then she became bigger one, old and then younger one? So, there are different ages inside here, different st-ages of life maybe, past (present) and future?’

Then camera on Ev. She feels that something comes from behind her, an aura, an energy, a force and then she looks up. A white circled opened up fabric is above her head, she is feeling like she is under a sufic dance, like a white sucking whirlpool …

This circled sufic white is moving to the front becoming/sucked in a human white figure which sits in front of her. It is a white shape, in a white costume, from toes to head, suddenly it stands up and goes up to its former position behind her. Passing by Ev, it looks at her with a distorted white face and a red large mouth, smiling strangely at her. (Joker-like?) A daemonic angel!

*effect: slow down to such an extent that the moving shape appears distorted, shifted result from such a malleable time

–Chasma: ‘There are different levels which can be reached, and if you are on the first level, as Ev was, you can go even deeper spiritually and finally corporeally, this is what the supervisor meant in the end … that there is this potential through practice.’

Then Ev waking up from this vision, she replies to the supervisor:

–Ev: ‘Parashooting comes to my mind and it reminds me of a film …’

Parashooting is the gate from the third to the fourth scene

The Monologue from the Megaphone

‘As 2020 is the time for change and as we are confronted with a planet in a state of emergency, cultivating coexistence with the universe seems more relevant and urgent than ever. Seehearing the fatigue of Homo Sapiens to Homo Economicus to Homo Sacer, Homo Universalis emerges as the only synaesthete.

Hearseeing the silent revolution of the oceans, the exhaustion of the living and non-living ‘kin’ (/anima/inanima/animate/inanimate), the inevitable endings, the slow cancellations of all systemic institutions, the potential ends of the world and the unconscious matrix we are living in, the exit is perhaps where we meet?

What is highly recommended in these uncertain times is not being anchored anymore on the face of the exhausted planet Earth. We are long enough on the edge of the mountains starring at the sky with reinforced sunglasses waiting (on the top of the pyramids) for an after-the-Eclipse, for a new era, for new Gods or demi-gods, for new viruses, rebooting again and again the Planet. Now is the momentum for not squiring into the sun anymore, rather imagineering our space and time.’

(Ev finds herself outside to an open amphitheatre, a desSert of noisy silence this time. She is walking for a while to show the openness of the limited space. ‘The void is only recognisable when it is circulated by something’, she has to remember from a poem.

Suddenly she stands inside the amphitheatre and reads breathlessly all her dreams as a chimaera.):

–and the Earth responds:

‘Put me in a global lockdown for 360 days and there will be a real turnaround. Humans will eat their humanure to gain superpowers and sustain themselves. To stay always young; becoming an artwork themselves – renew and renew themselves eternally: being an ecosystem by themselves – they could listen to the birds and bees nesting on them, and they could smell, taste, and eat parts of their own bodies. *Sssssswallow the language, let it be sunk deep inside the liquids of your underworldbellies and let it disappear. When rechewing it, wise sounds will be foretelling the truth. The only thing you will have to do is a very deep listening.

Prophecies will be revisited, omens will be believed, signs will be traced again, prayers will be heard, love will be revealed through fortune-tellings. Healing will be a performance.’

Listen to the Earth’s no no manifesto. The Earth knows. Probably it doesn’t care. What if Earth refused after all?

Nos is the gate from the fifth to the sixth scene 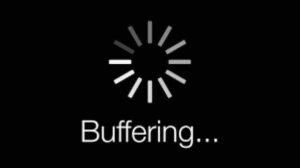